What is a uterine septum?

When a female develops in the embryo, her uterus is formed by the union of two separate uteri (plural for uterus) that merge to become a single uterus shaped like a tri-cornered hat. After the two halves merge together, the interior wall of tissue at their fusion point is resorbed, thus creating a fully formed uterus.

A uterine septum occurs when the tissue dividing the two uteri fails to fully resorb, leaving a wedge of tissue between the two halves of the uterine cavity. Sometimes this wedge is small, but other times it can be a complete septum, extending the entire length of the uterus, forming an interior wall that splits the uterus into two halves (known as a septate uterus).

A uterine septum is a fairly common cause of infertility and recurrent pregnancy loss seen in gynecology practices today. This is because a septum is a fibrous band of tissue with poor circulation, so any fertilized egg that attaches to it will not have an adequate blood supply to sustain a normal embryo. That’s why uterine malformations such as these are associated with high miscarriage rates.

How is a uterine septum diagnosed?

Unfortunately, because the only symptom of a uterine septum is a failure to bring a baby to term, most women aren’t aware that they have this condition until they undergo an infertility evaluation after having one or more miscarriages. A uterine septum can be diagnosed through a pelvic ultrasound or via a hysteroscopy.

A hysteroscopy is a diagnostic procedure that is performed under general anesthesia. During a hysteroscopy, your doctor inserts a long thin instrument with a lighted camera at one end into your uterus to inspect it from the inside and look for any structural problems that may be preventing conception or allowing an embryo to grow.

If a uterine septum is diagnosed during a hysteroscopy, patients have the option to remove it right then and there, so that they undergo general anesthesia only once.

How is a uterine septum treated?

Sadly, there is no medication that can correct this structural problem. Surgical removal is the only way to get rid of the unwanted tissue in order to improve your odds of having a successful pregnancy. This procedure is known as a uterine septum resection.

Luckily, there is a minimally invasive procedure known as a Hysteroscopic Uterine Septum Resection that does not involve any incisions or visible scars. What’s more, the procedure is performed as outpatient surgery, meaning that you can go home the same day.

What happens during a hysteroscopic resection of the uterine septum?

We begin by administering general anesthesia so that you are relaxed and comfortable during the procedure. Next, your cervix (the opening to the uterus) is dilated and your surgeon inserts a long thin instrument with a lighted camera (called a hysteroscope) through the cervix and into your uterus.

The camera allows the surgeon to not only diagnose the uterine septum but also to guide the surgery as it is carefully detached and removed (resected) using thin, long instruments that are passed through the hysteroscope. After this wall of tissue is removed, the uterus is better prepared to carry a pregnancy to term.

What are the advantages of undergoing a uterine septum resection?

If you have been diagnosed with a uterine septum and are experiencing difficulty getting or staying pregnant, undergoing a septum resection offers the following benefits:

All of this unnecessary suffering was simply because women weren’t aware that minimally invasive out-patient surgery was available. This is why Drs. Yera and Aliabadi decided to create a surgical center dedicated exclusively to address women’s health needs.

The women of Southern California (and those who wish to travel here) are fortunate to now have top specialists in the field of minimally invasive surgery at their doorstep.

If you wish to schedule a consultation to learn how we can help you or to establish care with us, please request a consultation online or call us at 844-541-7900. 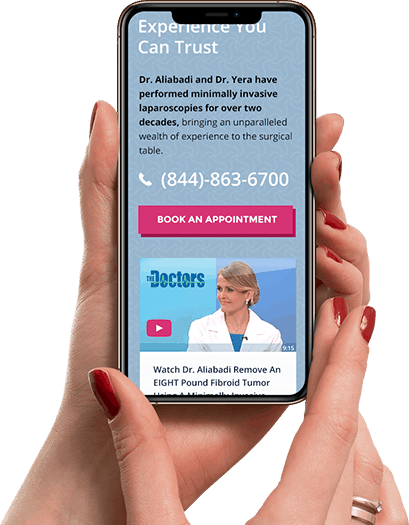 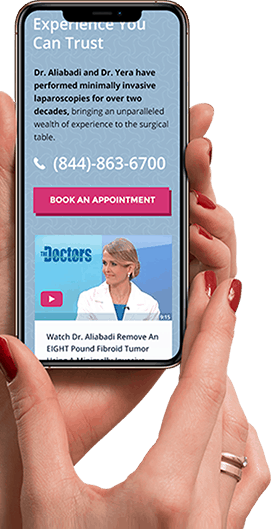 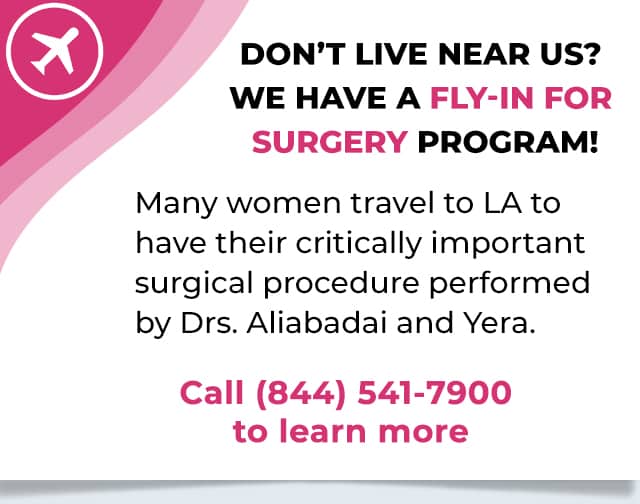